The difference between the importance and impact of variables

General Variable Usage, or Variable Importance, is shown in the Synergy Power Gauge and captures all the variables used in your model. Not all of these variables will influence each site's projection, but they are all important to the overall model. 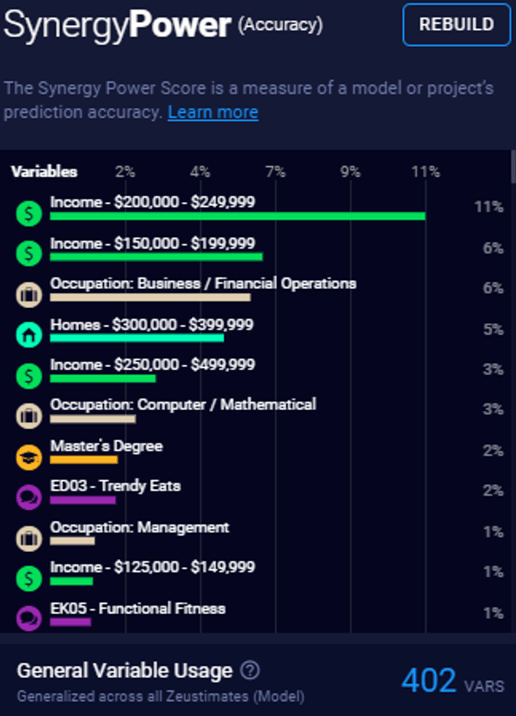 Once selected, the ribbon will expand to show the dollar amount by which each variable increased or decreased the site's Zeustimate. 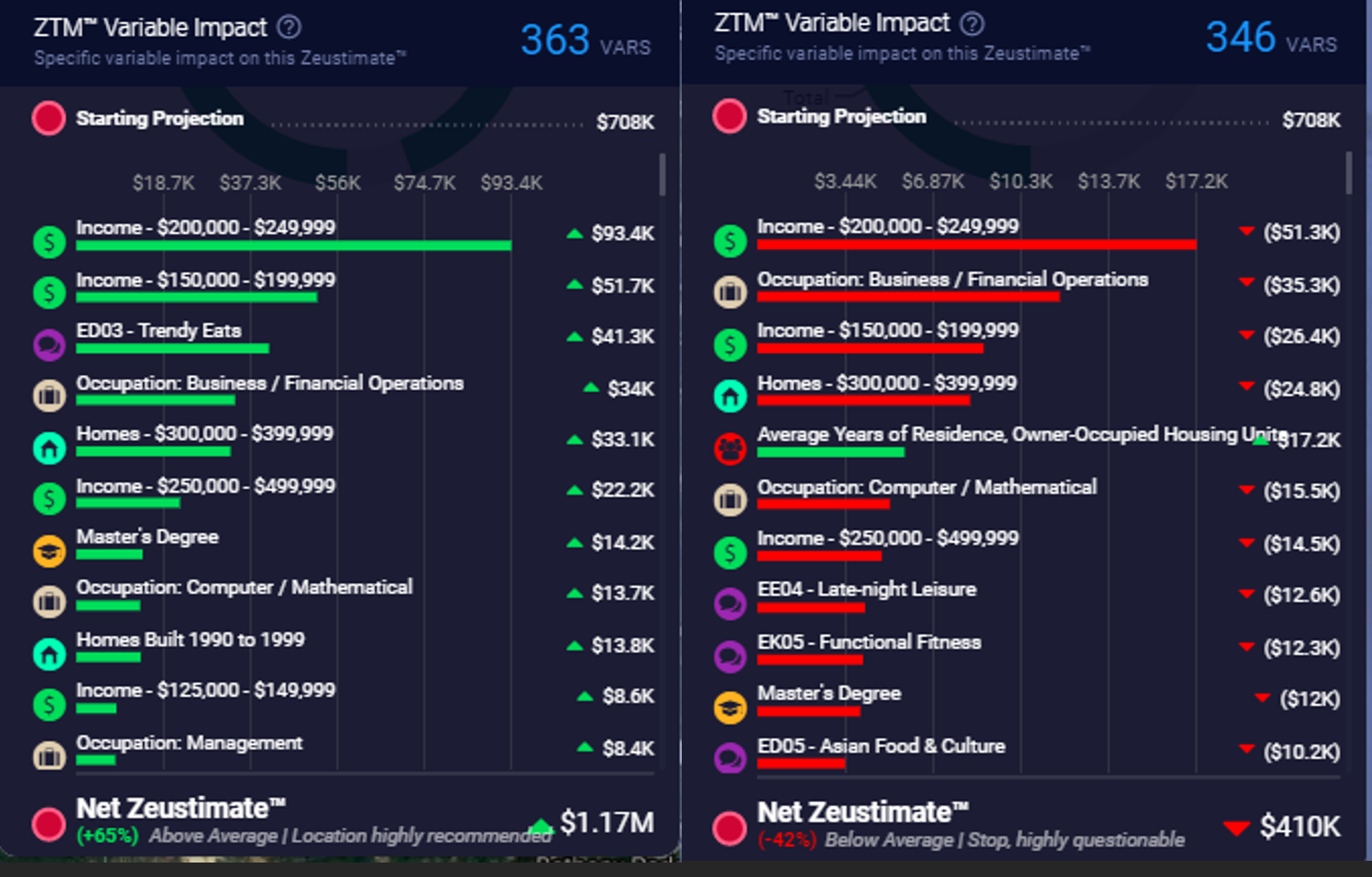 Here, we have the ZTM Variable Impact for two sites in the same project. As you can see, both  the listed variables and their importance differ between the sites.