When trying to determine which market to enter next, it’s crucial that you get a snapshot of an area's demographics and competitive landscape. With the polygons feature, you can visualize and study standard polygon sets or your own custom sets.

To use the polygons feature, activate it on the map toolbar. 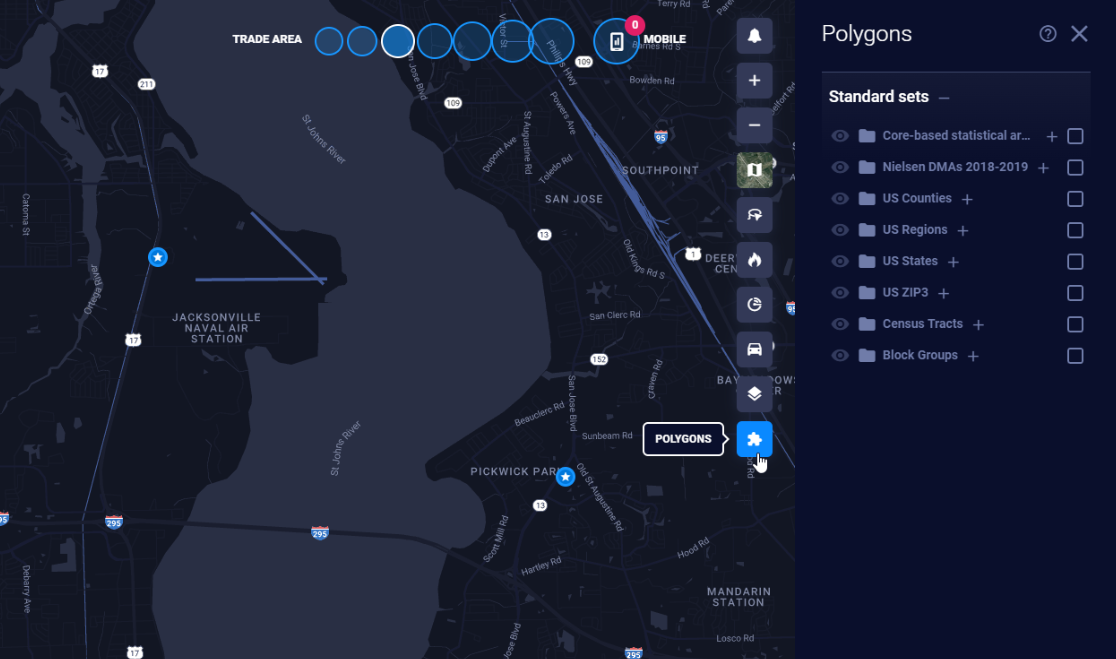 Tip: Use the dark map for better contrast when viewing shapes.

Visualizing a set or shape

Visualize a whole set or individual shapes by clicking on their row in the list or toggling their row’s eye icon. Selecting a set or shape

Select a set using the checkbox. All the shapes within the set will also be selected.

Select a shape by using the checkbox or by clicking that visualized shape on the map. 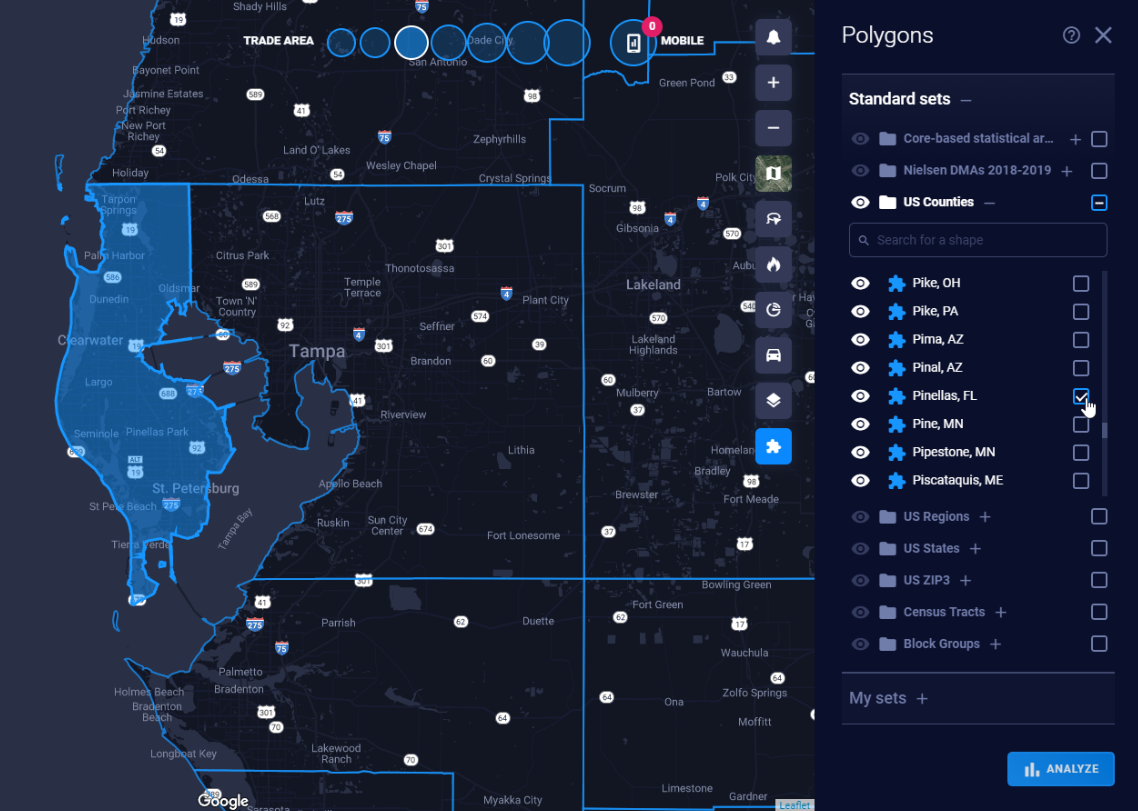 Selecting a set or shape will activate the Analyze button at the bottom of the panel as well as other actions on the Polygons toolbar.

For a more granular analysis, use the new census tracts and block groups polygons.

Note: Due to their high volume, these polygons must be loaded within a larger boundary to maintain optimal performance.

To include additional census tracts, click Show counties again and select more, then use the link to toggle between counties and census tracts to add the ones you need. Click Clear all to delete unwanted shapes.

You can add custom shapes by copying standard ones, drawing or uploading your own. They will appear in My Sets. 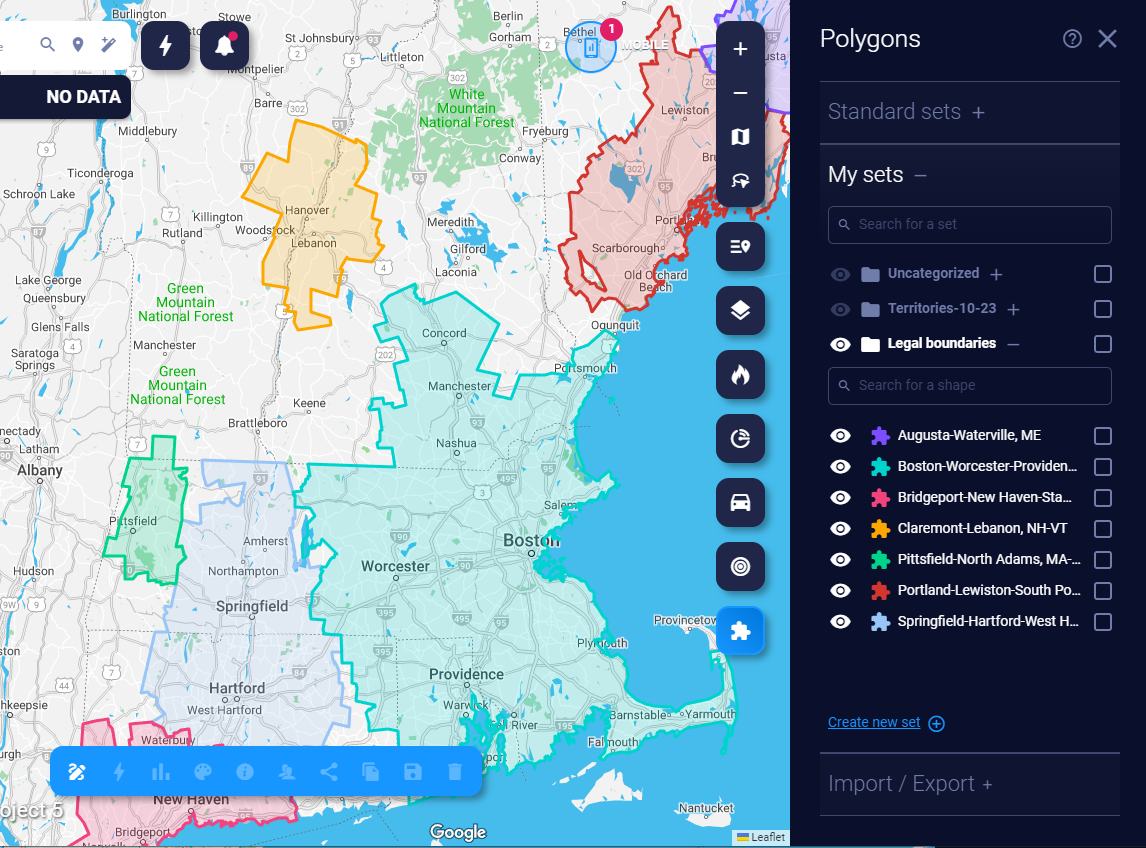 Contact support to enable this feature, as it's part of the Territory Management add-on.

To add a new set, press the Create new set link below your list of sets in My Sets. Provide a unique name, and press the check or hit enter on your keyboard. The new set will appear in the list of sets. 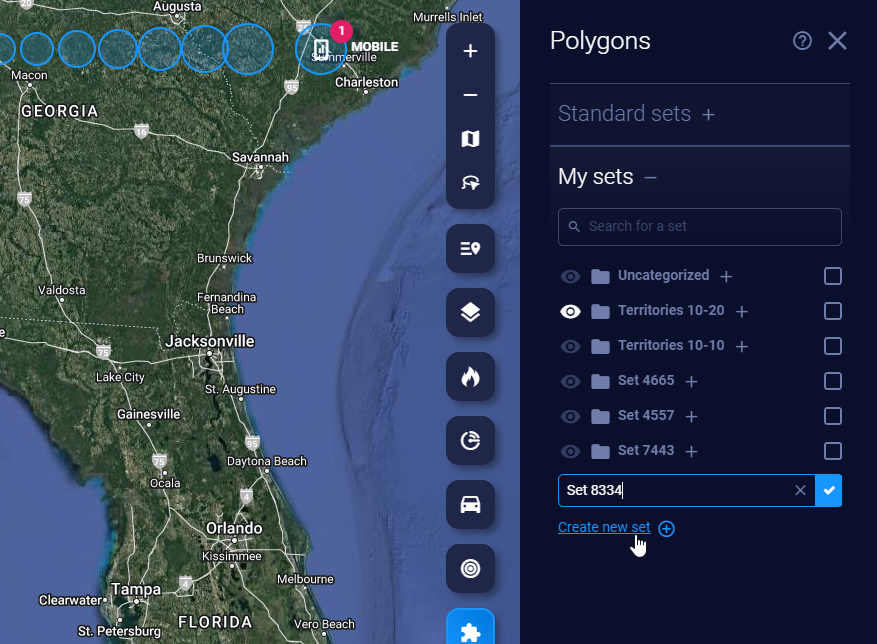 You can also rename a set by pressing the Edit icon in the set's row. It will allow you to provide a unique name for the set or cancel. 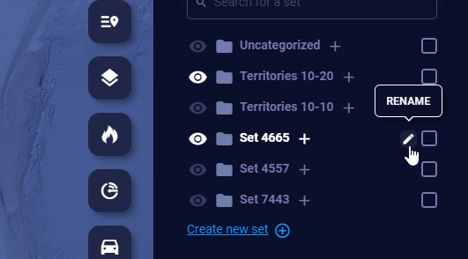 You can now add shapes to your My Sets by drawing, moving, or copying shapes in from other sets. You can also add them by uploading your own.

See Polygons Shape Tools for more actions you can do with shapes and sets. Get a look at the presence of your competition in the selected shapes. Quickly calculate the number of layer sites and their average unit volume (AUV). 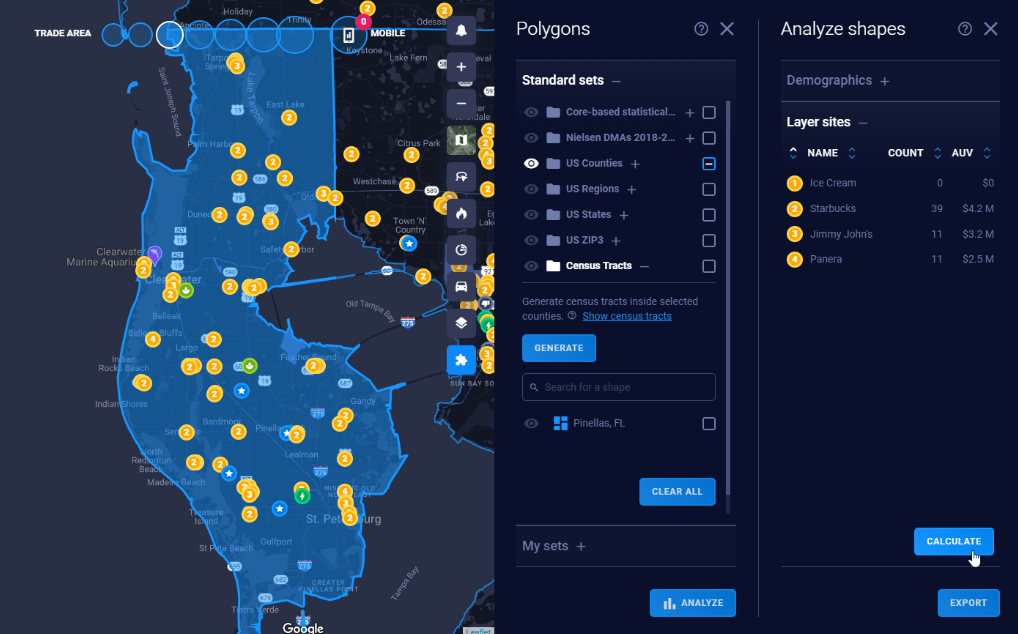 Once your demographics have been calculated, click Export at the bottom of the Analyze Shapes panel to generate a CSV file. This file will include all demographics for your selected shapes and break out your favorited variables.